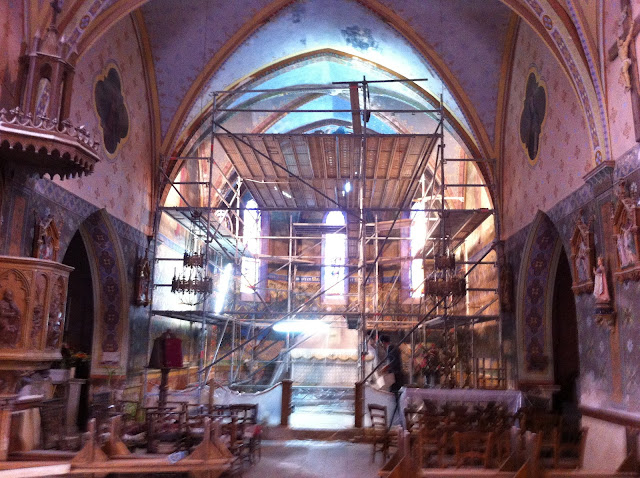 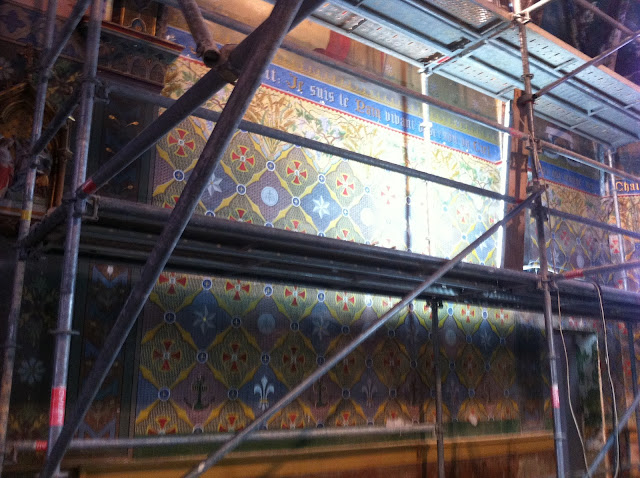 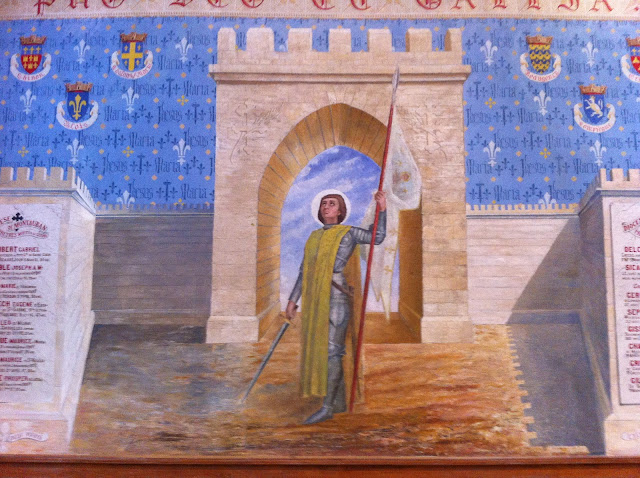 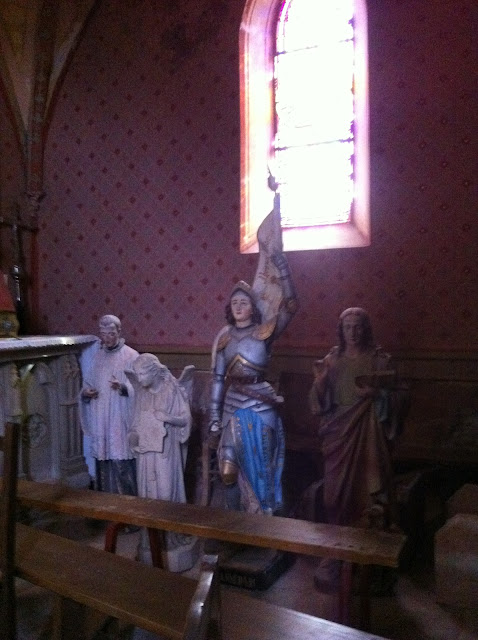 The sun is setting as the last of the locals make their way into the church for the emergency village meeting. The mayor, resplendent in green and yellow pork pie hat and his new beige cardigan, clears a path to the altar and calls for silence. He does this three times before the hubbub dies down.

'' It's an outrage ! " says the old farmer . ' We have been defiled , violated ! ' says the little lady in the purple hat and coat somewhat overexcitedly. '' This is not acceptable, not acceptable , simply not acceptable " says the deputy mayoress as if repeating a mantra. The noise swells. The furniture is pushed aside so that everyone can get a better look at the offending alteration. The mayor pulls up a chair, stands on it and  points towards the brown square. He is  not very steady on his feet and the chair is not very sturdy so Madame Mayor quickly orders him down before he does himself any damage. After thirty minutes it is agreed that a letter must be written to the authorities about this 'mutilation'. A meeting will be held next week to draft the letter.

While the villagers work themselves up into a revolutionary frenzy Angus explores the church . It would seem that the restoration of Joan of Arc is now finished. The good news is that her skin has lost its alarming green kryptonite glow. The bad news is that she has also lost her shapely curves and now looks more like Grizzly John than Saintly Joan. Angus notes that the inscription '' She was called by God to Rouen to rid France of the dreaded English " has not been painted over.Political correctness clearly does not extend to ' les rosbifs '.

The great dame of the English stage arrives for her annual visit. We head off for dinner at a restaurant fifteen miles away. The great dame only drinks champagne. '' Good champagne " she says pointedly as Angus studies the wine list. The local French at the adjoining tables look on in surprise as our dinner guest then  launches into a loud and unerringly accurate impression of Shirley Maclaine in Steel Magnolias.
Posted by Angus at 8:53 AM