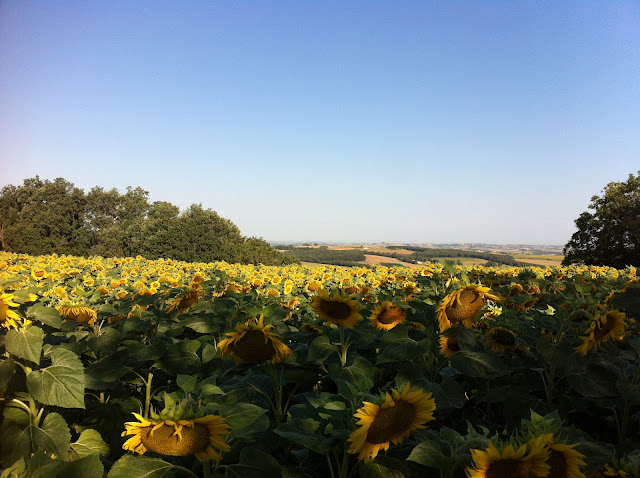 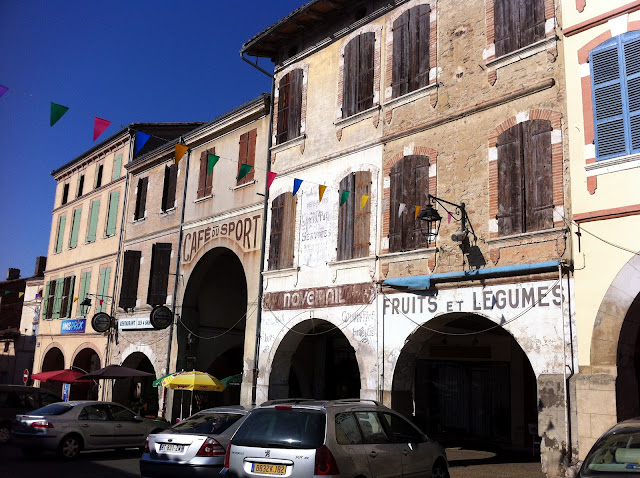 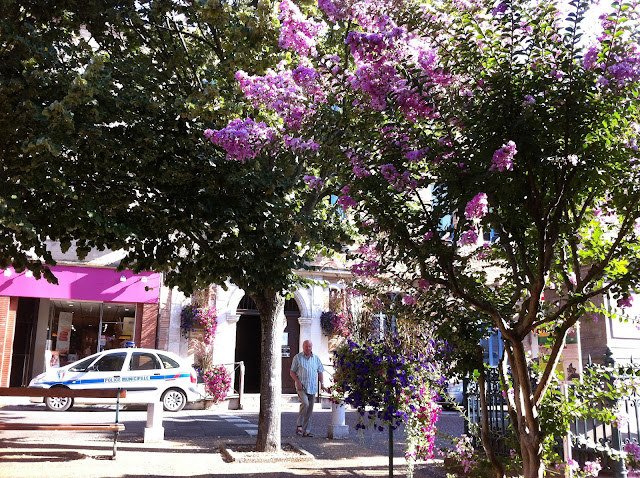 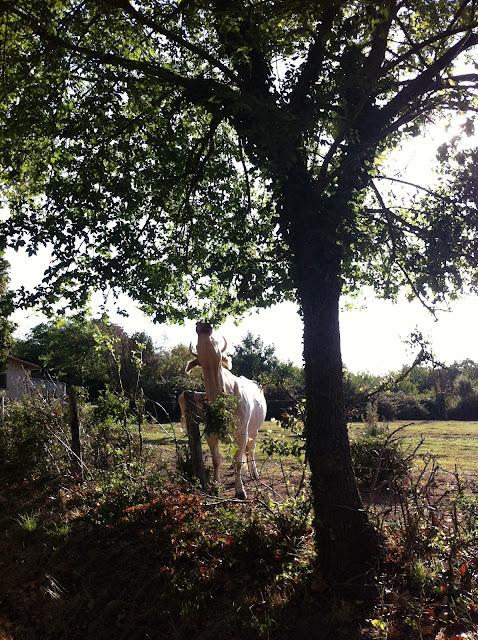 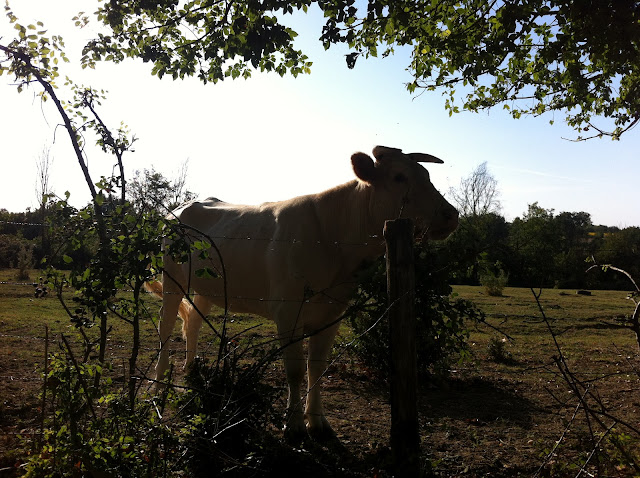 41 degrees yesterday. That's 106 in old money . Forecast to be hotter today.  On the top of the ridge the last of the sunflowers shrivelling under the constant heat. By the market square the cafe  has put out yet more, unmatching, umbrellas. Four of them are on the sidewalk blocking parking spaces and providing shade for passing pigeons. Only one of them is positioned by a table. Must be a French thing .

For the last two years the cows in the field across the lane have been well looked after. But, recently, the farmer seems to have lost interest in them. This week particularly bad. They've had no fodder and no water for two days. Their drinking trough completely dry.  They moan through the heat of the night. I return with the morning croissants to find 'the font' determinedly hauling buckets of water a couple of hundred metres through the garden and along the lane to their  trough. No sooner is it poured in than the two cows noisily and happily slurp it up. I link five lengths of hosepipe together to make the job of filling the container easier. Within a couple of minutes a car runs over, and smashes, two of the connectors. Back to the bucket relay.

I call the mayor. Yes, he knows about what's going on . He's seen the poor things reaching up to eat the leaves on the tree branches and has spoken to the gendarmes . They've been to see the farmer who's told them to mind their own business. The farmers also told the mayor that they're his cows and he doesn't want anyone interfering. He'll look after them in his own way and sue anyone who meddles.

'The font' is fired up and all for getting in the car and driving off to the gendarmerie to lodge a formal complaint. '' There are laws about this " . Angus , who is not an expert of French animal welfare legislation, suggests that this might not be the best solution. We don't want him slaughtering the cows simply because they're too much trouble. No sentient being should die simply because they're too much trouble. For today we'll stick with the buckets and work out how to deal with the bad farmers bloody mindedness.

A trip to see the mayor is on the top of this mornings agenda.
Posted by Angus at 8:06 AM