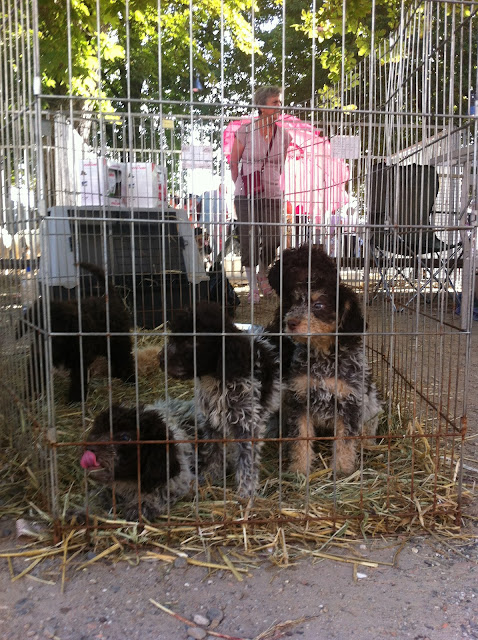 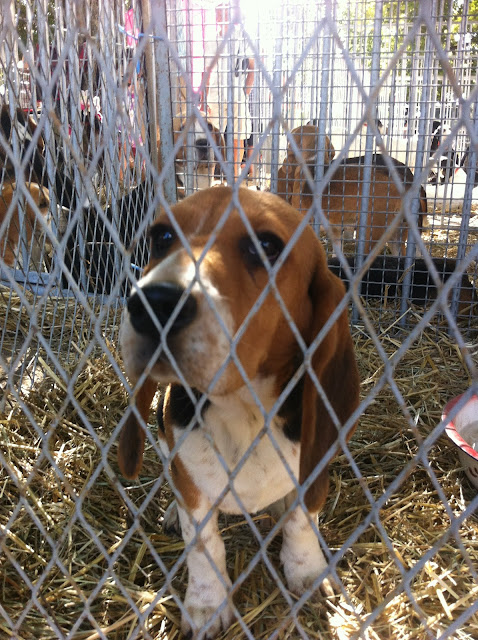 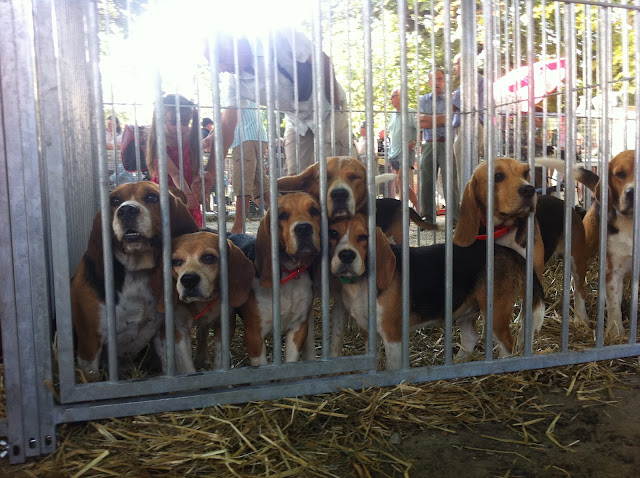 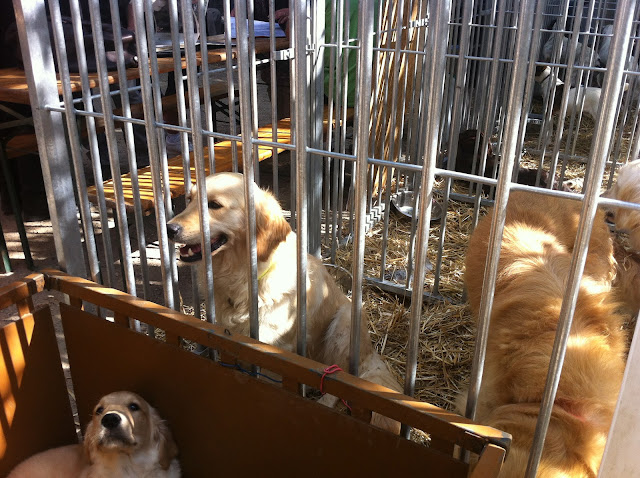 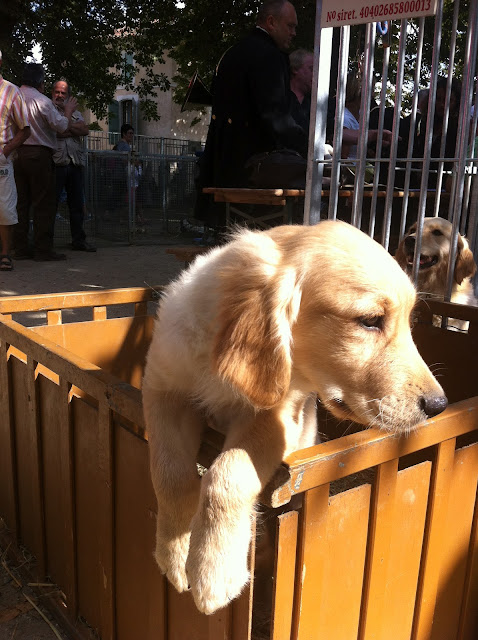 The annual dog show in the neighbouring village. A wall of noise. Hunting horns, children, dogs and local farmers all making their own unscripted contribution to the cacophony. Chaos French style. In the corner a show ring with a group of very bored beagles . The beagles are patiently waiting while the judges have a mid-morning 'pick me up'. Sensing that things are progressing slowly the griffon bleus , the next in line to be judged, have sensibly fallen asleep.

In the afternoon we wander over to the village hall. The young farmers club have set up a wide screen television to watch the France v Sweden handball finals. At least half of the villages 67 inhabitants have shown up. Children, the young farmers, their wives and a gaggle of ever active Jack Russells . The Jack Russells entertain themselves by leaping in and out of the windows.

For the great occasion someone has bought a job lot of patriotic red, white and blue tricoleur wigs. Madame Bay, Monsieur Bay, Sandrine and the good for nothing son-in-law Hugo are all wearing them. So is the mayor. Angus dons his reluctantly . Extremely reluctantly. ' The font ' cheers on Sweden . Sweden loses 22-21. ' The font ' feels sorry for the Swedish 'boys'. The average Swedish boy on the team  is 2 metres tall and weighs 110 kilos. Angus thinks they'll get over the disappointment quite quickly. The mayor offers ' the font ' a commisaratory glass of armagnac and a salving comment :  '' There's always next time "  .

On our way home 'the font' observes that it's not every day you get condolences and a glass of armagnac from a  man with a multi-coloured acrylic perm .
Posted by Angus at 8:21 AM