A Pod of Dolphins. 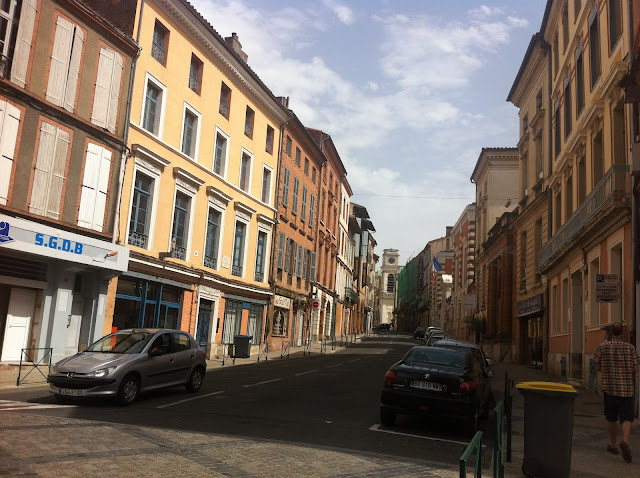 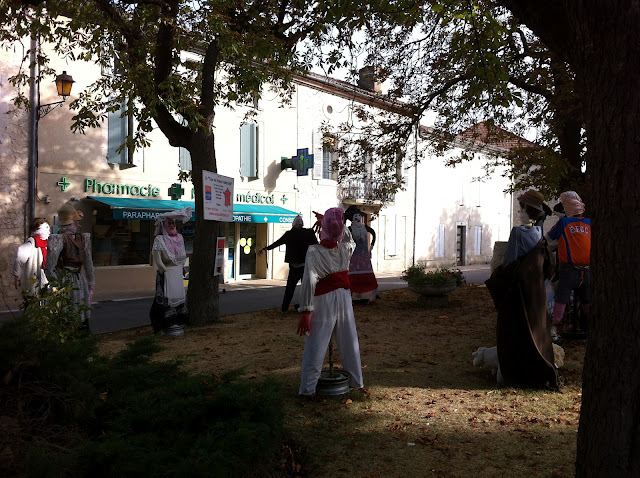 The heat finally easing. The temperatures down into the mid-90's during the day and the mid-70's at night. The locals still sensibly sheltering from the sun behind closed shutters. The little market towns streets eerily still and quiet in the way only French provincial towns can be. Outside the pharmacy a bored farmer has set out a display of scarecrows. An equally bored sheepdog carefully sniffs,  circles and then irrigates each one. For Angus the cooler weather brings a chance to climb a ladder and trim the dead fronds from the top of the palm trees. Not something that was part of the gardeners routine in Scotland.

This video is stunning. A bit slow to start but the action kicks in around the 1.37 mark and really bursts into life at the 2.00 minute stage.  Those of you still suffering from a heatwave should immediately cool down by about 10 degrees.

http://www.huffingtonpost.com/2012/08/10/torpedo-gopro-camera-swim-dolphin_n_1766042.html or for a shorter , and more easily viewed version http://www.youtube.com/watch?v=LStXdttFj_o
Posted by Angus at 7:43 AM