Not a day for horse riding. 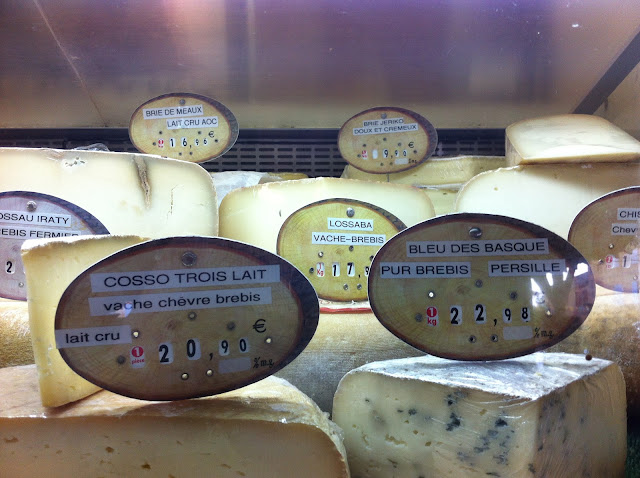 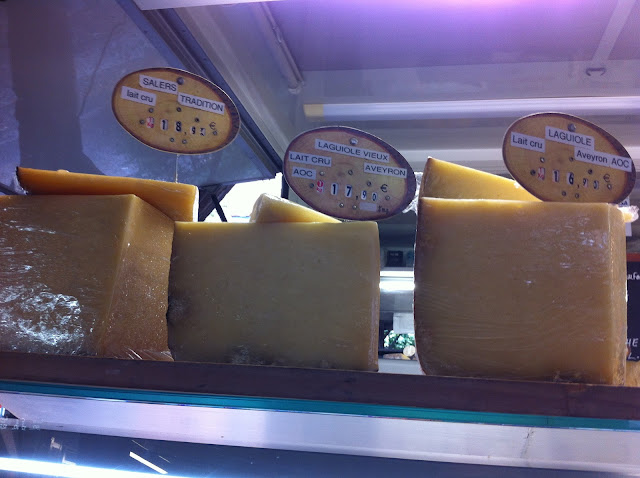 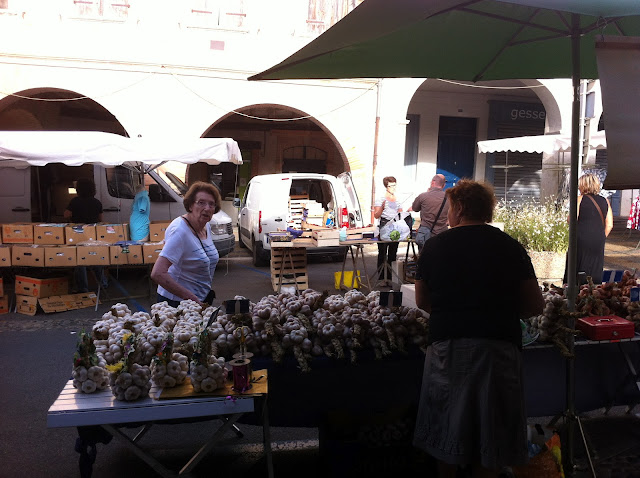 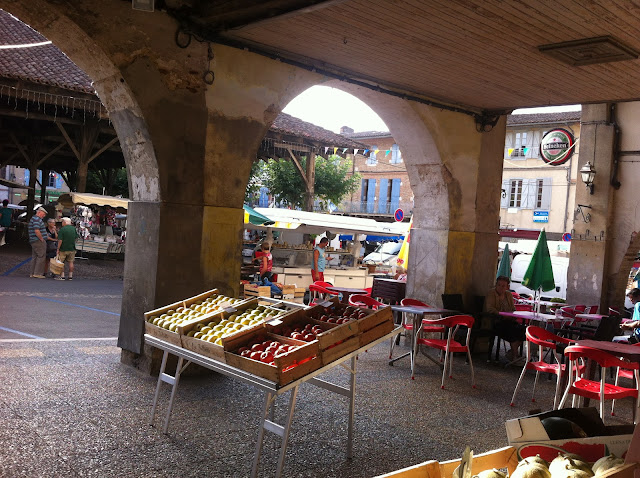 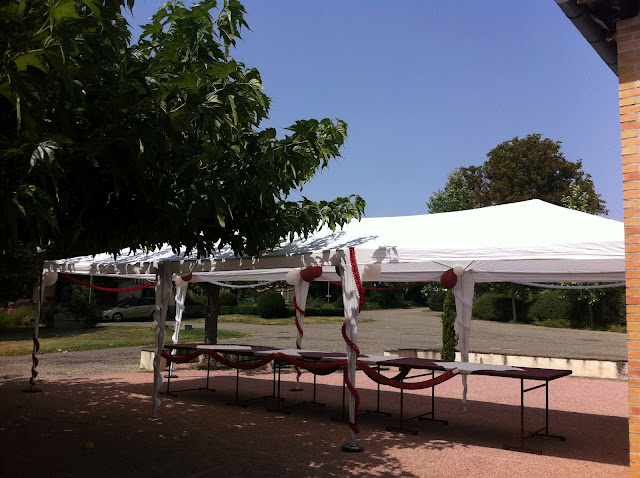 Another 100 degree plus day. The heatwave forecast to run well into next week. The pace of life in deepest France Profonde , slow at the best of times, shifts down a gear.

The cheesemongers stall at the market unusually quiet. In fact the whole market is quiet. Seven thirty am and it's already touching eighty. Most of the beer and absinthe set have moved inside the cafe leaving the outside seats to tourists and shoppers. The waitress bizzarely tells me that " it's not a day for horse riding " . Angus agrees.

Outside the village hall a strange, somewhat formal, structure has appeared. A white marquee draped in red garlands.A large trestle table in the centre. Red and white balloons wilting in the sun. Mysterious. Perhaps a village gathering is being planned ?
Posted by Angus at 8:02 AM