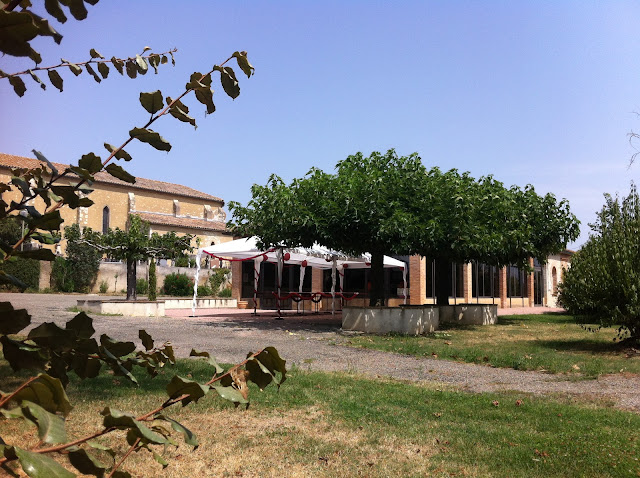 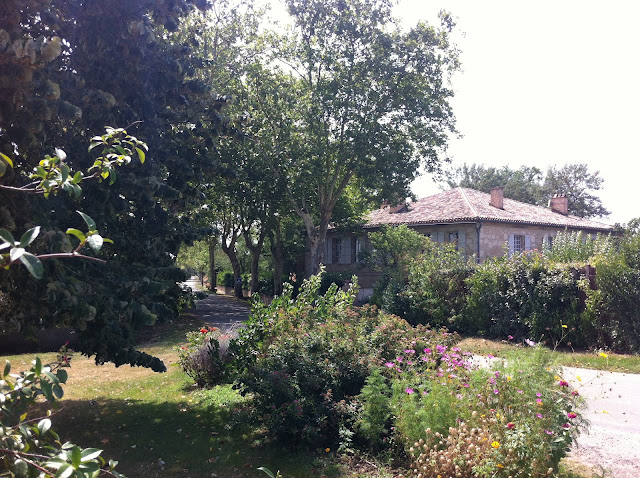 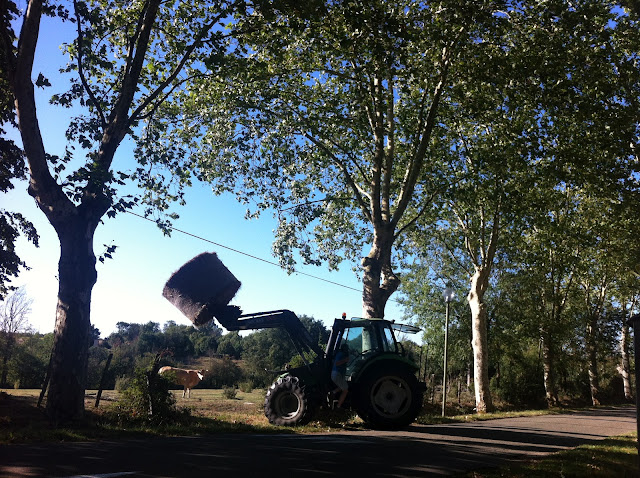 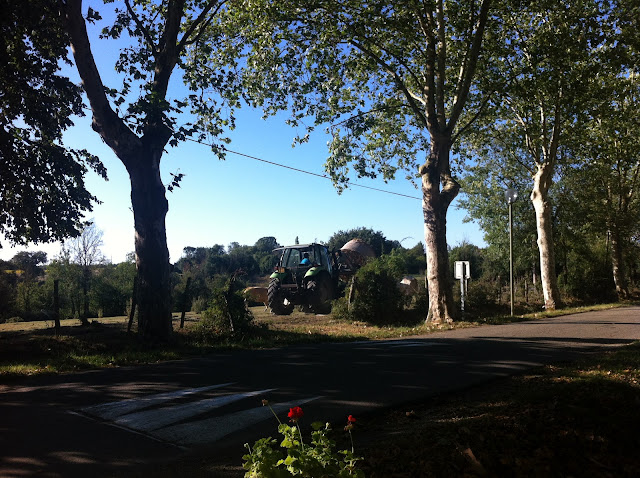 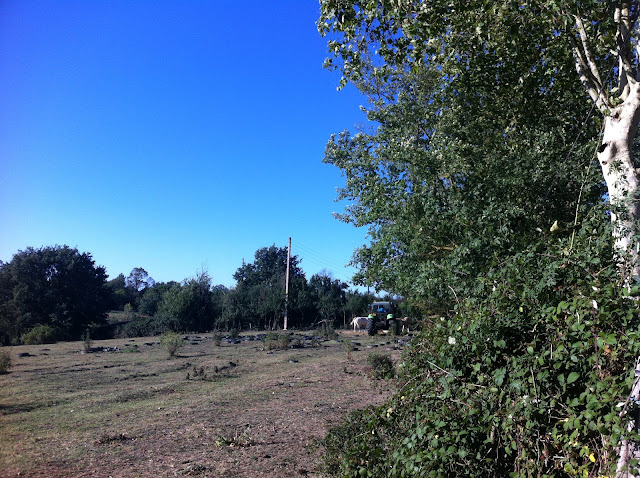 The heat wave simmers on. The mayor opening up the village hall so that toddlers and the old folk can make use of it. Two o'clock in the afternoon, 106 degrees. A group of  local teenagers arrive and set up ping pong tables in the middle of the car park. They seem oblivious to the heat. The old folk look on from the shade of the porch and shake their heads.

Monday night. The purpose of the red and white marquee now apparent.The mayor has arranged for movies to be shown on the side wall of the salle des fetes. The marquee home to the projector and a 'buffet'. The buffet turns out to be of the liquid variety. The entirely liquid variety. The movies are supposed to start at nine but get going at ten. Gascon timing. No one complains.

A Steve Martin film about two  families and their Labor Day vacation at a lake. Lots of slapstick . Madame Bay roars with laughter. Through it all Monsieur Bay remains obdurately asleep , his head on her shoulder, large glass of wine perched on the chair next to him.  The second movie a strange contrast. Le garcon au pyjama raye. The Boy in Striped Pyjamas. The mayor has chosen it thinking its a childrens comedy. The villagers watch this little morality tale in what passes , in these parts, for near silence.

This morning a victory. The 'bad' farmer arrives with a large bail of hay for the two cows in the field across the lane. He fills up their water trough from a trailer. The cows buck with delight.
Posted by Angus at 7:37 AM