A trip to the cellar. 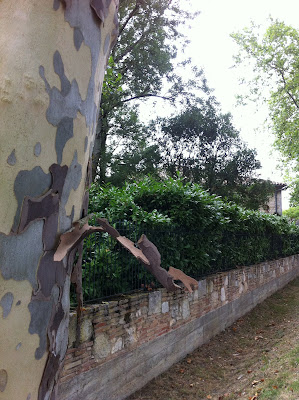 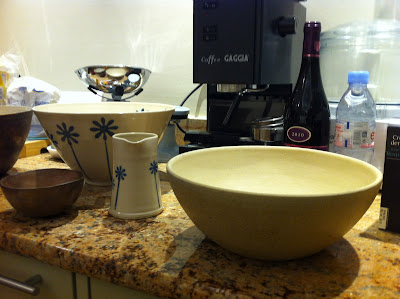 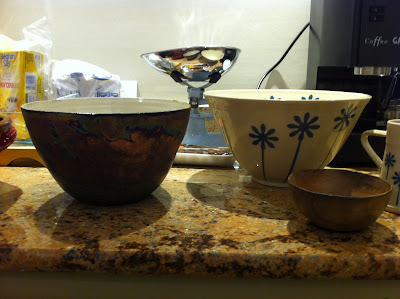 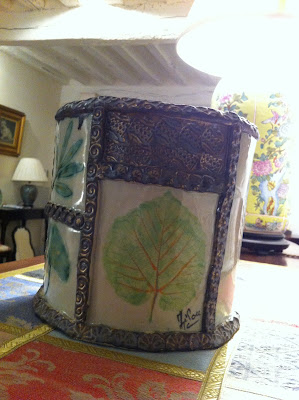 The rain that interrupted the village festivities stops. After twenty four hours of storms we're back to drought conditions and 100 degree temperatures. The forecast in the local paper claims that this week will be the hottest of the year .  The poor garden is suffering. The trees along the lane are so parched  the bark is peeling off them, the new acers are turning brown, and the box hedge planted by the swimming pool may or may not make it. Next year we'll plant yucas. By contrast the roses planted above the old septic tanks continue to flourish . They've bloomed four times already and boosted by three centuries of accumulated nutrients seem gloriously indifferent to the heat.

' The font ' felt sorry for the poor potters who showed up for the village fete. Many of them had driven for hours to set up their stalls . Because of  the rain the number of tourists who showed up could be counted on the fingers of two hands . As a result the potters takings were way , way down. Thankfully , Scandinavian civic mindedness is alive and well in this household. Every so often Angus would be told " that poor man hasn't sold anything. Go over and buy something. Do remember to smile and show an interest ". This explains why the kitchen counter is now covered with no less than six bowls, one milk jug, one bright read pie dish and a plant holder with leaf decoration painted on the side . Angus has also learnt the French for crackle glaze. Later today there will be the annual trip to the cellar to feed our ever growing store of artisinal earthenware.
Posted by Angus at 7:30 AM