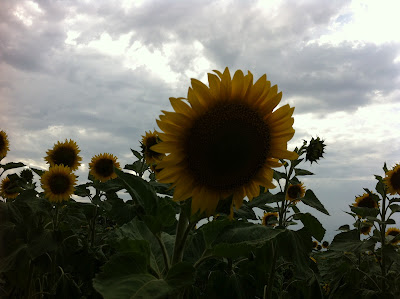 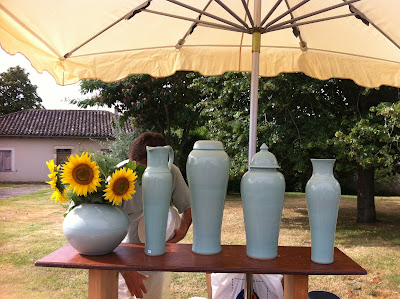 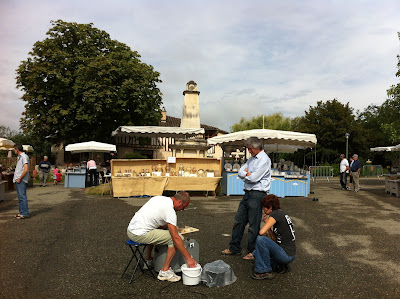 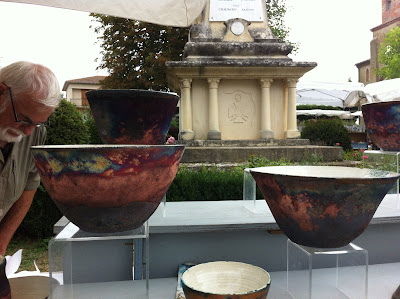 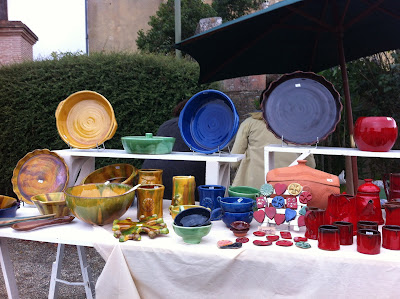 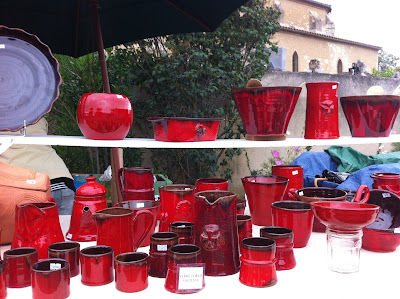 The day of the annual village fete. We are woken at five thirty by the sound of car doors slamming. Madame Bay is up and about early, opening up the kitchen and marshalling the ladies of the beautiful byeways committee into the salle des fetes. On the village green the long suffering Monsieur Bay and the good for nothing son-in-law Hugo can be glimpsed putting up tressle tables. To add to the jollity, the old farmer turns up in his ancient motor home, beeping its asthmatic horn three times to announce his arrival. He winds down the window, pushes his tartan cap back at a jaunty angle and asks the secretary of the old folks home if she'd like to join him for a spin round the block. She refuses the string vested adonis's offer in no uncertain terms. At six the giant paella dish appears . It's half carried , half slung, on the back of the local Peugeot dealerships tow truck. Madame Bay oversees its unloading. The garagiste sighs as he's told to get a move on. '' Some of us are busy you know ! " he's told. This morning Madame Bay is dressed in a practical outfit - black leotard covered by what appears to be an oversize orange tutu.

For a while it looks as though the rain will hold off. Then, just as the last of the potters stalls are set up and the last of the wares displayed, the skies open.  A real pyrenean mountain storm. Thunder rolls, lightning arcs across the sky and the rain cascades down. The sort of rain that falls with such force it somersaults off the ground. Potters, villagers, and the few intrepid visitors rush into the village hall for shelter. The old farmer and the very old farmer open a bottle of armagnac. The mayor joins them. Monsieur Bay brings out his accordian. The giant paella dish fills with water. The rest, as  they say, is history. This morning  a few sore heads are being nursed.
Posted by Angus at 10:01 AM