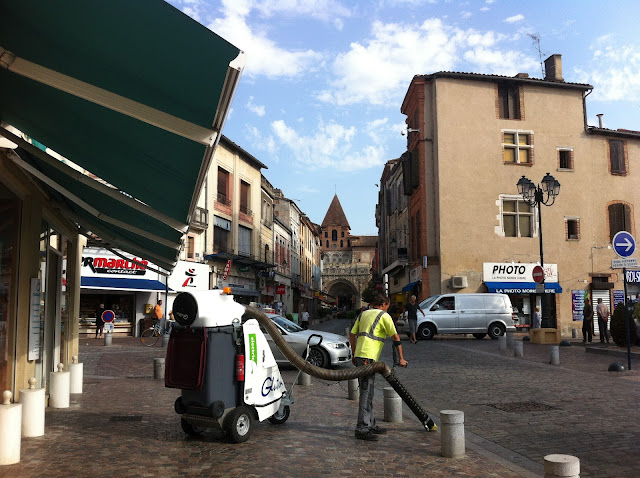 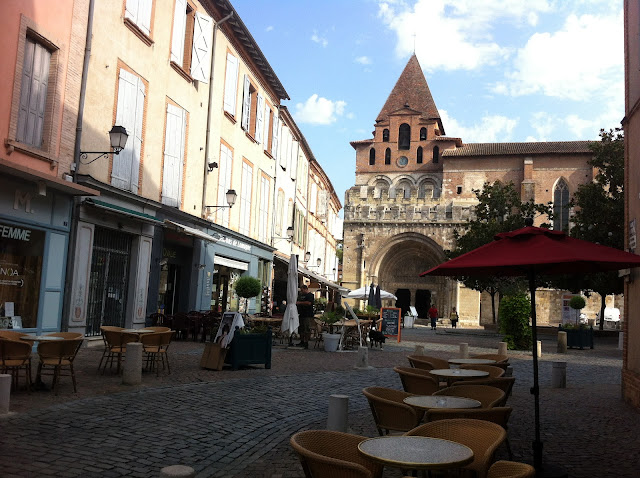 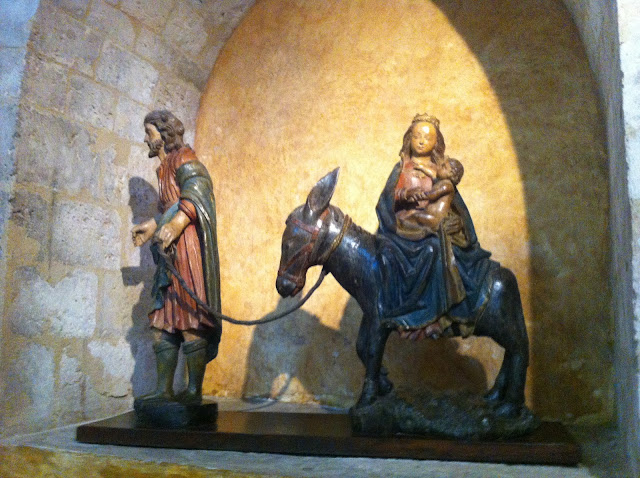 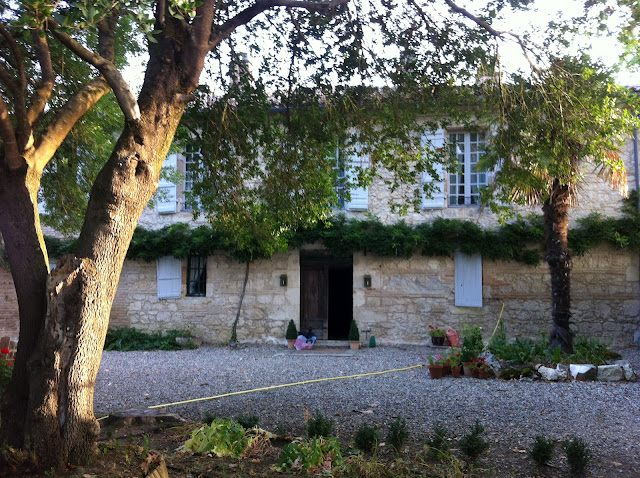 ' The font ' has arranged a concert to raise funds for the restoration of the frescoes in the village church .  The ancient abbey in the neighbouring market town the venue.  The concert is due to start at seven. Angus is still sploshing around happily, and absentmindedly , in the pool at six thirty. Amazing how much urgency can be relayed in the two words '' Oh Angus ! " .

We arrive trendily late. '' Gascon time " as I tell ' the ( unamused ) font '. The mayor says a few inaudible words of welcome. Madame mayors hearing aid whistles. The last of the audience arrives , banging the door as they enter.Then we're off. The organist has chosen an hours worth of jaunty pieces . The time flies. Angus has a seat underneath a medieval wood carving of a bored looking Mary and Joseph heading off to Egypt . Joseph is wearing wellington boots . Next to him a stern plaster statue of Joan of Arc slaughtering a dragon. Angus is rather alarmed to see the skewered dragon has the words 'Les Anglais ' painted on a collar round its neck.