The return of the morose 'lads'. 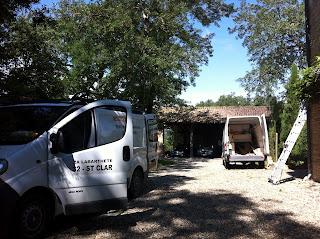 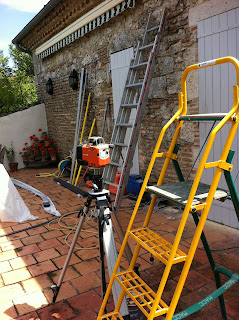 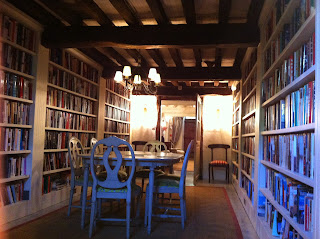 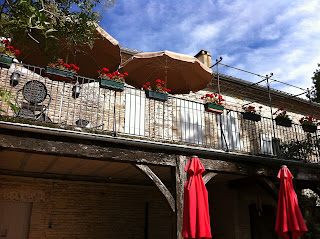 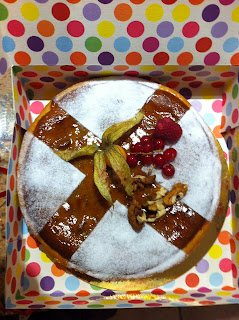 The electricians return . Naturally, they don't call to tell us they are coming .This time they're accompanied by two morose ' lads '. The light in the downstairs library finally fitted. A mere eighteen months from the idea first being mooted. Angus thinks of saying something reflective about the passage of time , but doesn't . The two morose 'lads' spend their morning standing in a flower bed smoking .

Nearly lunchtime. Another white van arrives . It's the builder come to install a metal pergola on the upstairs terrace. He'd taken measurements in October and we'd heard nothing since.  '' Have it up in an hour or so M'Ongoose " he intones with what might be taken for professional certainty .

Late afternoon. The builder is still at work. '' More difficult than I thought M'Ongoose. These old walls are crooked. Having to use the laser " . He points to an orange contraption on a tripod .  Angus ponders a number of possible responses but opts for a nod and a smile .

Early evening. The pergola nearly up. A third artisinal visitor appears. It's the gutter repairman in his Peugeot van. A beep of the horn and a hearty '' Salut M'Ongoose ". He opens the rear doors, pulls out a ladder and glances at his watch. It's ten to five . He then re-loads the ladder in the back of the van before announcing that he'll be back when the weathers more settled. Angus looks at the cloudless sky and wonders how settled he needs it to be.

' The font ' returns from the little market town with a walnut and marzipan cake .Angus has two slices and regrets it .