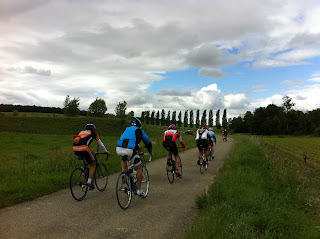 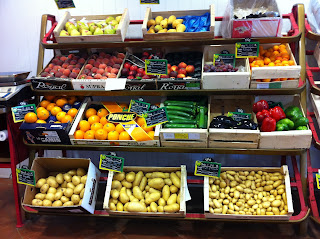 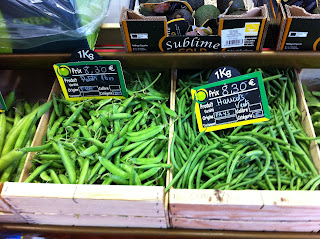 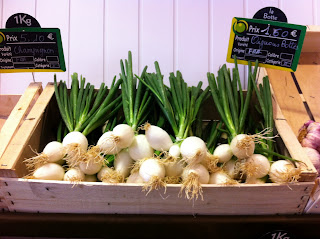 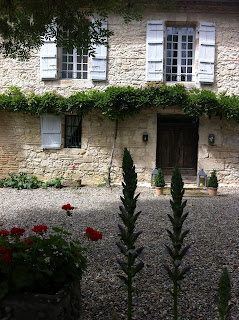 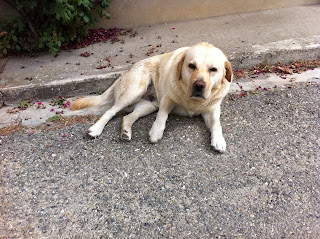 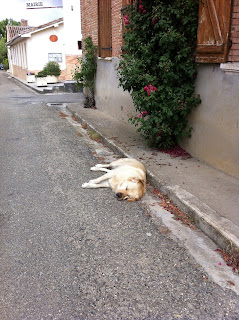 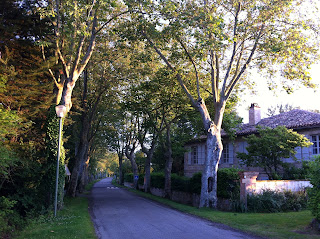 It's stopped raining. In the afternoon a posse of hardy cyclists venture through the village . No sooner here than they're gone . A meli-melange of red and blue lycra disappearing , laughing ,  into the distance .

The greengrocers wife sees me park the car. She raps her knuckles on the shops plate glass window to grab my attention  . '' M'Ongoose. We have potatoes from the Ile de Re ". All the other shoppers neglected as she explains that these potatoes are the best in the world. '' The soil is full of iodine " . The neglected shoppers nod and murmur in agreement. Another step towards educating this visitor from the north .

Oliver, the faithful old Labrador, is no more. For the last two years he's waited patiently by the doorstep for the return of his master. Last night a delivery van from Toulouse sped through the village. Driven too fast. Eighty, at least, in a thirty kilometre an hour zone. A young man in a hurry. A shortcut to the motorway. Oliver was sound asleep on the tarmac and didn't hear it coming. ' Just an old dog ' says the young man. The old  widow distraught. Angus helps dig a grave. A shaven headed, bib overalled group from the womens cooperative lower Oliver, wrapped in a sheet, into the ground. We're watched from over the fence by the cooperatives herd of bemused, leaf munching, alpacas. The undivided fidelities of a village dog. The peaceful , unchanging , routines of life in deepest France Profonde.
Posted by Angus at 7:42 AM