On the road again . 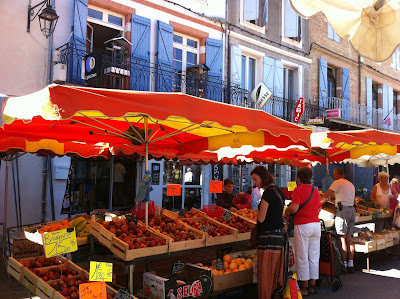 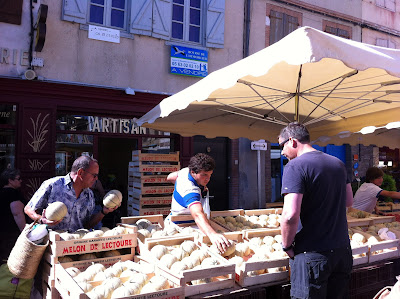 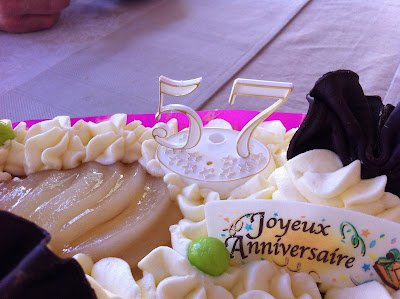 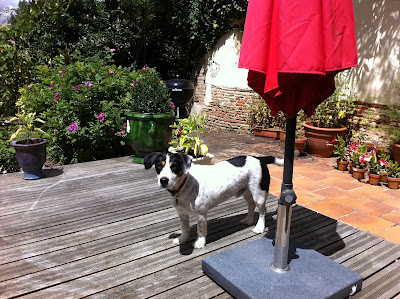 The heat still rising. Due to stay above 35 all this week. The forecast says it might nudge 40 on Thursday. Later this morning Angus and ' the font ' will be loading up the car and heading north in search of cooler climes. General direction Brittany. In our absence Jasper the vacationing dog , who seems to have settled in remarkably quickly, will be guarding the rickety old farmhouse. He'll be spending most of his days in the shade of the downstairs kitchen. Jasper  is a rescue dog, comes from Sussex and is not ( as is commonly assumed ) a Jack Russell. He is an eighth Weimaraner, an eighth Bassett an eighth labrador , and so on . This varied gene pool has given him tremendous reserves of energy and mischief. He even surreptitiously managed to liberate some of Angus's birthday cake .

For those of you who asked about the little restaurant with the outstanding food. It was FromVianDoux in Camden, Maine. Just opened. Run by an enthusiastic young American couple. Maybe a dozen tables. Located in an unprepossessing side street off the main drag. Pretentious name - Fromage/Viande/Doux. Modern and uncluttered interior. Not the sort of place that you'd expect to be serving the sort of food that would be quite at home in a two Michelin star restaurant in Paris. I'm not sure how long they'll stay in business because the prices they charge , considering the complexity and quality of what they provide, can barely cover their costs. One of those unexpected finds that makes travelling a joy. Talent and enthusiasm in equal measure .Good luck to them.
Posted by Angus at 8:20 AM