Where can I put my Manitou ? 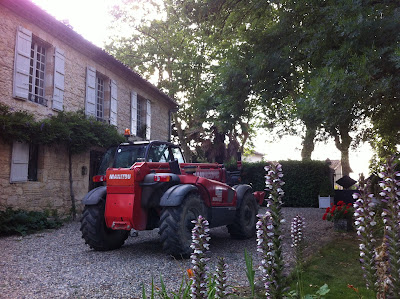 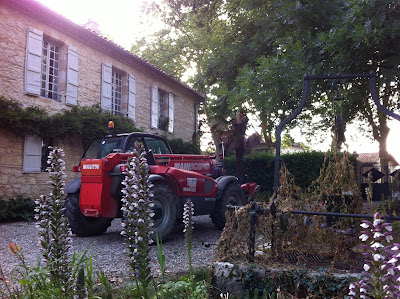 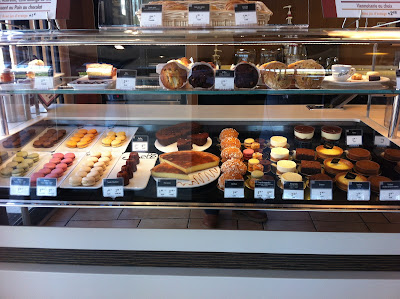 Hot. Searingly hot. ' The font ' is up at five thirty to get things done around the house before the temperature rises and activity becomes impossible. Madame Bay arrives at seven on the dot . Gold ' Wild Child ' voiturette careering madly through the gateposts before coming to a gravel scattering  halt in the courtyard . Today Radio Nostalgie is playing Beatles songs. Madame Bay can be seen in the upper hallway moving both arms up and down in time to John Lennon singing ' Let it be ' . She is joining in lustily if incomprehensibly. The overall effect is that of a large , atonal, but exceedingly happy, albatross .

Seven thirty . A young man arrives at the door and asks where he can put his Manitou . Angus ponders this strange request before stammering out a befuddled " I beg your pardon ? ". This is a phrase he finds himself using with increasing frequency as he gets older . People now seem to say the strangest things . In America he finds himself begging peoples pardon frequently.

An empty house for the next twenty four hours. The Texans have gone. So have the last of the cost centres. A new wave of visitors due tomorrow. Angus stops off at the McDonalds at the airport for a coffee and a macaroon . He's hoping that by the time he gets home the young man with his Manitou will have repaired the gutters.