Glamour lights up the stars . 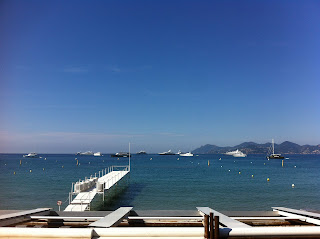 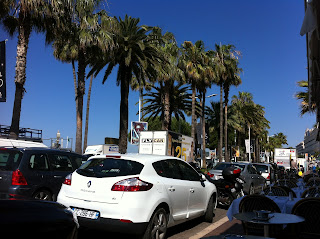 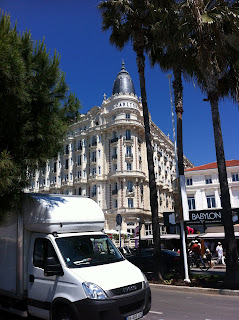 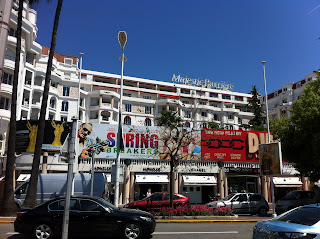 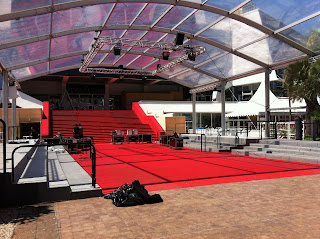 Cannes during the film festival . Hectic. The grand hotels charging $20 for a cup of coffee. ' The font ' has tickets to the screening of a raved about  French movie. It turns out to be a ' wrenching ' tale about a whale trainer and her depressive boyfriend .  Maybe it's the heat in the cinema or maybe it's the film but Angus finds himself quickly dozing off. He wakes forty five minutes later  to find that the whale has bitten off the girls legs and her boyfriend has, not surprisingly,  become even more depressive . Nothing much else seems to happen . Angus informs ' the font ' that he should get a prize for sitting through it .

A party. Angus wonders why would anyone want to be in a black tie in this heat . A flowery Frenchman gives a speech . Something about ''  true Glamour belongs to the realm of light. Its energy is sculptural , but it is transitory even as it is , in part, immortal  " . What tosh . The Frenchmans definitely not a Calvinist . ' The font ' spies a famous Canadian actor. Angus has never heard of him . '' He's an action hero ". Angus still hasn't heard of him . Faced with a lack of functioning air conditioning the Canadian actor very sensibly removes his black tie. Angus dreams of getting onto the golf course.

We meet old friends for dinner. Their youngest daughter , an actress in the US,  has landed a major part in a  daytime soap. The parents have just been to a preview for studio executives . The wife , an accomplished novelist , has the traumatised air of  someone who has just opened up the trunk of her  car and found a dead body in it . It seems that the daughter has failed to mention to her parents that she is playing the role of an under age street kid with a serious coke problem and form to match. Mother is not taking the discovery well.
Posted by Angus at 9:29 AM