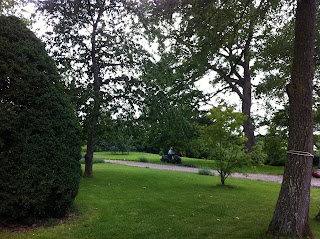 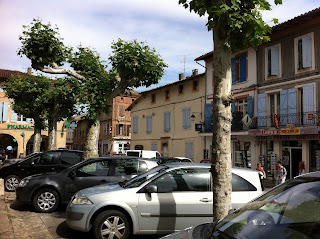 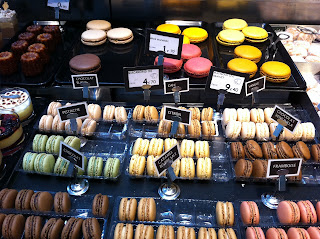 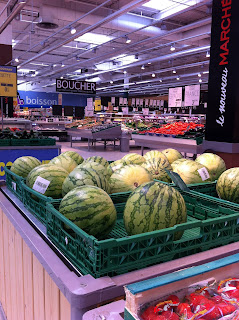 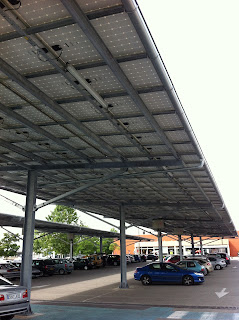 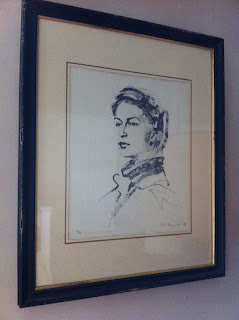 The weather forecast in the  local newspaper is positively apocalyptic. The map shows jet black clouds , interspersed with angry red and yellow lightning bolts , positioned directly over our little piece of paradise . " 90 kilometre gusts and heavy rain " it cheerfully predicts. Angus rushes outside and hastily cuts the lawn . The sun then beams down all day. There's cloud but not even a hint of a breeze. Perhaps the storm will come later in the week .

The old medieval pilgrim hostel  in the little market town is being renovated . A year or so ago we'd toyed with the idea of buying it and turning it into a restaurant . Now , the two old sisters who offered to sell it to us at a vastly inflated , central Paris price , have finally given up and sold it to the  municipality for next to nothing . It's being turned into flats for single mothers . The facade plastered a rather fetching rich cream colour.  What , if anything,  goes into the shop on the ground floor remains to be seen .

At the supermarket Angus buys a dozen macaroons. He also buys a watermelon . '' The first of the season " the sign says. This happy shopper can't help but think that the watermelons look rather small.

The supermarket car park has been covered in solar panels. A dense forest of steel supports and beams  replacing the graceful plane trees. Workmen are installing neon lights. What's cool and shady in summer is going to be gloomy and dismal in the depths of the winter. A cynic might wonder if the value of the solar power produced in summer is going to be greater than the electricity bill in the winter.

A conference call with New Yorkers in dark suits . It goes on and on . Angus hurriedly arranges for a cab to pick up ' the font ' at Toulouse airport. It seems the large , almost comfortable , Renault Laguna taxi is in for servicing . '' Don't worry M' Ongoose " says the lady despatcher , " we'll send another vehicle. It'll be just as comfortable ".  She sends the ambulance . ' The font ' sits in the front while the suitcase is wedged between the oxygen bottle and the gurney in the back. The ambulance , ' the font ' discovers , is driven by a rather gaunt middle aged lady who by dint of habit accelerates into roundabouts . She also spends an hour imparting the secrets of a successful fondue.

' The font ' has returned with a brush and ink sketch of the Queen done by an Italian artist in the mid '50's. Angus thinks it looks sombre. ' The font ' disagrees .  It goes in a guest bedroom .

Summer in France Profonde.
Posted by Angus at 8:03 AM