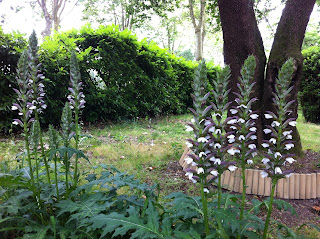 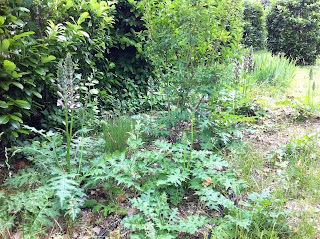 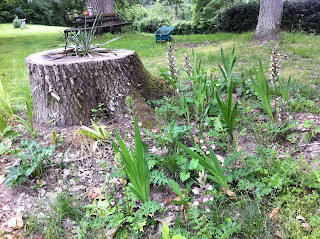 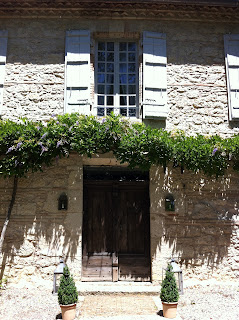 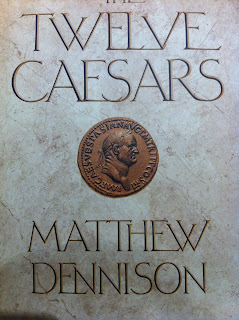 Acanthus. They barely survived in the Scottish garden . North sea gales and May frosts not to their liking . We planted three of the things in a distant wilderness corner , behind the barn , in our first year here . Two years later and they're taking over . Purple and white shoots sprouting everywhere.  ' Self seeding ' the understatement of the decade  . Ineradicable . No sooner do you dig up the roots than new shoots appear . What was an exotic feature in Scotland is an invasive weed in South West France . The rickety old farmhouse and its ever expanding acanthus garden .

Time for a glass of champagne . Angus picks up a recently delivered book on the lives of the Roman caesars . Reviewed in the Saturday FT. First page , first chapter , the following line .  " ... with impassioned gestures he importuned his contemporaries for acquiesence, assistance , acknowledgements , awe , acclaim , an approximation of ardour and , above all , admiration and action " . Alliteration run wild . The book , unread,  put back on the library shelves . Saved for a winters night.

Still no sign of the electricians .
Posted by Angus at 7:59 AM